any idea what equipment John was using for those songs? guitars, amps, maybe a pedal or something? it’s a GOAT guitar tone.

Hold On is really nice too, but I have a Deluxe Reverb so I can get that sorta tone easy enough.

I need to rewatch the “Plastic Ono Band” episode of “Classic Albums” to recall for sure, but I think it was a semi-acoustic guitar with a pickup attached, or something similarly odd. No idea about which pedals or amps used, sorry, maybe Dark Overlord knows more.

Have you heard Yoko’s counterpart POB album, vc&d?  Because John employs that same tone throughout much of that one too.

The guitar appears to be a Mosrite electric dobro. 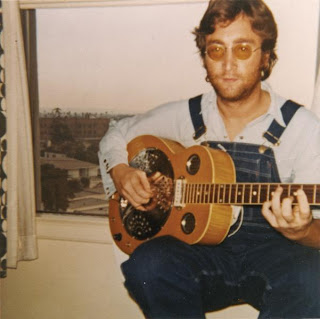 As for the amp and effects, it’s hard to say. My guess would be he’s using a Fender amp with his Maestro Fuzztone, as he was using Fender amps a lot at the end of The Beatles career. However, it’s also possible that he just plugged straight into the mixing board like he did with Revolution .

Great tones throughout the album. Sometimes sounding reminiscent of the White Album . Nice and crunchy

Von Bontee said
Have you heard Yoko’s counterpart POB album, vc&d?  Because John employs that same tone throughout much of that one too.

Ornette Coleman made it onto a Beatles adjacent album

oh yeah, Why is incredible too, it sounds like Can or something

was really disappointed to find the “extended version” on newer reissues just has a bunch of studio banter at the beginning, and it isn’t that screeching groove going for longer (I could listen to that groove for at least 10 minutes)

Public Image Ltd. were very obviously into YO/POB too