Who's the best looking Beatle?

I think with this i’ll be setting the bar for probably the shallowest thread, but, being a seventeen year old girl has its necessities; enquiring minds need to know! The mind-boggling question is:

who do you think is the best looking Beatle?

Being either a shuddering, drooling female or perhaps jealous or indifferent male, I’d love to hear everyone’s opinions. I’ve vistited scores of websites claiming the “known” answer to the question, George. I actually beg to differ, and with this deep, burning, profound question, I thought I’d ask only the best, which of course, is all of you!

I myself think *drum roll, please* John is. It’s the eyes, the nose. The general… sexiness. Mind you, if you were speaking to me in person, I probably wouldn’t be so civil and politically correct about him, but he is downright smokin’. My friends think I’m mad when I mention who my ultimate crush is, but, there you have it. I’m the sure the voice and humour plays a role, but, come one. LOOK!: 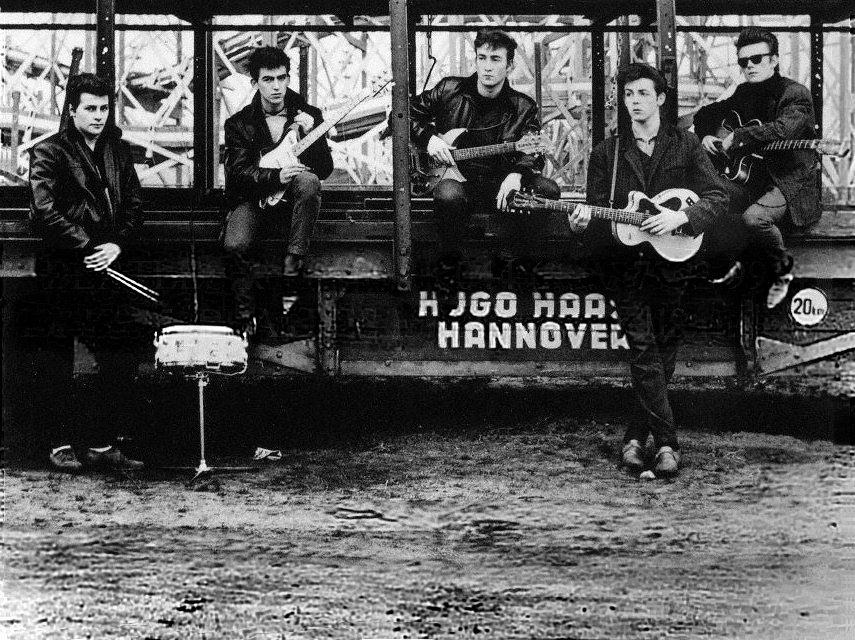 Paul is arguably the cutest, but I think he is one plain sexy guy. Exhibit A. Well, I think this is all the proof you need… BUT there can never be enough Paul. Exhibit B! If this doesn’t get you… well, you’re a lost soul then, aren’t ya?:

-shudder- Beard and some sort of wool coat. Perfection. Hit his prime in about… ’68.

And of course, lil ol’ Ringo. He’s just adorable, I think everyone will come to a consensus about that.

And that is the end of the droolfest! I had to take a brief leave of absence to get a hold of myself

, but, the goal was accomplished! Me mind boggles at the prospect that anyone will even respond to this, Joe and mjb in particular, what you’ll think of me after this, I don’t wish to know, but que sera sera. I'm supposed to pick just one? Well, I gotta say George is the best-looking…

But me as a person and not the general public, I'm partial to Ringo <3 I just think he's the cutest thing ever.

But when their powers are combined… I'm going to be the first male to answer this.

I'm a 17 year old boy and I'm straight, but I think Paul is the best looking. I envy him so much, for his looks and his amazing musical talent. I think he's probably had some work done on his face though in recent times, he doesn't look nearly 70 and his nose looks thinner.

I will give a slightly different perspective on this. For me it was always John for one simple reason: I adored his haircut, especially late 64 through to summer 66 (before he started wearing his granny specs).

I always wished my hair could look like his, bad sadly it never did……and now I hardly have any at all

Me?  I'm male, and embarrassingly heterosexual.  But I think Paul is the clear winner in this contest.

Even though I'm a “mature” woman in her 40s, my tastes have not really changed since I was a “silly” 17 year-old. To me, personality, intelligence, and humor make a man attractive, so that is why John has always been the best-looking Beatle to me.

Plus, his voice was so sexy and that smile… he definitely had the most winning Beatle smile, imho! I have always thought he was “handsome” (i.e., manly) and that Paul and George were “cute.”

As I've gotten older, I have come to appreciate how lovely Paul was in his youth (pre-1971). But I grew up during the Wings era, and I was never fond of his 70s mullet. I have also developed an appreciation for how sexy George was… never really noticed it until Anthology came out. (Guess I had been blinded by my allegiance to John.)

As for Ringo, I really do think he has aged better than Paul. He looks amazing!

As for Ringo, I really do think he has aged better than Paul. He looks amazing!

Seeing photos of him at his award for his Hollywood Star confirms this. The guy's coming up to SEVENTY and he simply does not look anywhere near that. Paul needs to address his hair. The colour is not good and sometimes the style is a bit poncy too.

Who said it had to be on top of your head?

I have never quite decided who is the best looking. They are all undeniably good-looking, which makes it way too hard to pick. John attracts me with his humor, hair, accent, and lovely white straight teeth!:) But then there is Paul….he is so sexy and when the song “And I Love Her” plays on my iPod, my heart just melts. And Ringo is just too adorable for words when he shakes his head while playing the drums! And George is handsome in so many ways. My friends say that I am more of a Ringo girl, but I beg to differ. They are going to kill me for this, but I guess you could say I am more of John girl. When I look at a Beatles picture, my eyes go straight to him. He is obviously outspoken from the rest of the boys, which is what makes him the most attractive to me. And he is the only guy that I know of that can pull off granny specs so well!

John can pull off a beard like no other!

Straight by the way

I would have to say John is the best looking.

Certainly not Ringo. As cool as he is his rarther large nose is just off-putting

Who said it had to be on top of your head?

Wow. Brilliant edit! Made my day. Thanks!

And you mean that in a most straight, manliest way possible.

To change the question up a bit, who do you think was the best dressed? I think Paul is the best overall (not counting his mullet stage). But there's no denying John and George had style. Ringo is fine most of the time, but he never looked comfortable with the psychedelic gypsy look.

To change the question up a bit, who do you think was the best dressed? I think Paul is the best overall (not counting his mullet stage). But there's no denying John and George had style. Ringo is fine most of the time, but he never looked comfortable with the psychedelic gypsy look.

Ooooo, and let's not forget John's jammies in his bed-in with Yoko! Very nice!

skye said:who do you think was the best dressed?

Surprise, surprise… I've always thought John had the best sense of style. He just seemed the most innovative and kind of like the fashion “icon” of the bunch. Like even in the days of the tailored suits, John always had a little twist that gave his some personal style– open collars, undone ties, etc. Besides, he was an admitted shopoholic!

Oh I can't answer that.  Having lived in the sixties I still cringe at what I wore then!

I do think their 1965 Shea Stadium jackets were super cool though – always loved them.

I would say John had the best dressing style!

Now is it just me or does anybody on this forum really love and want the black suits they wore at Nippon Budokan?

Take a look at them!

Actually, I want John's technicolor dream coat from MMT. I just love it!