Home
Together Again - Beatles Reunited After The Split | Fab Forum

Together Again - Beatles Reunited After The Split

Thought it would be nice to have a thread dedicated to when the ex-Beatles actually met up after the split and not just rumoured to be doing so.

Wogblog article on John, George and Ringo at a fund-raiser on the 7th April 1973 "for Daniel Ellsberg and Anthony Russo, then on trial for their roles in leaking the Pentagon Papers to the New York Times.". George isn't in the photo taken in the article as he was supposedly in hiding to stop it being a "reunion". 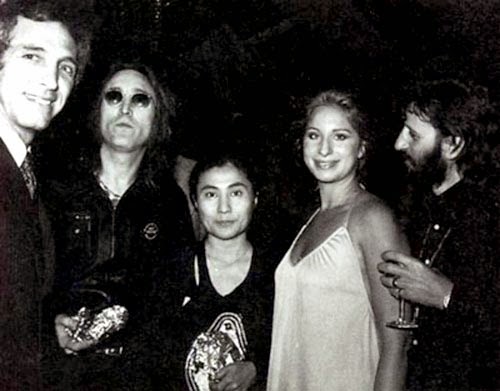 On another note has anyone read about about John, May, Paul, Linda and George all meeting up at the Hippopotamus Club, New York in December 1974 the day after John had refused to sign the papers to legally split the Beatles (documented in Robert Rodriguez's book 'Fab Four FAQ 2.0: The Beatles Solo Years, 1970 - 1980'). Never knew the three of them got back in the same room together.

It is a good idea for a thread, but sadly, there doesn't seem to be much in the way of material to flesh it out.