vonbontee
Inside an Apple Orchard in a Letterbox
Rishikesh
Members
Forum Posts: 4883
Member Since:
1 December 2009

50yearslate said
PS I Love You . A very nice Paul vocal, with cute lyrics. Love Me Do doesn’t have quite the same chemistry and the lyrics are pretty boring.

George songs on Abbey Road : Here Comes The Sun or Something ?

So hard to choose among the two probable AR highlights, but "Sun" has a universality that goes beyond mere love song.

Life is very short... it's got a better chord progression imo, and there's some classic Beatles harmonies too.

Starkey as a co-writer: What Goes On or Dig It ?

What Goes On ? not just because it's the better song but also because Ringo played a bigger role in the song.

I will have to go for "A Hard Day's Night ", but only by a slight sliver. Perhaps this is because I have happy memories relating to this song, involving sort-of annoying my old man. To this day, he cringes pretty bad whenever he hears this song.

Beatles campfire song: "I Saw Her Standing There " or "Get Back "

Get Back . At the end of the song,where John says "I hope we passed the audition" I can imagine them all sat around a campfire.

Hello Goodbye or Every Little Thing ?

Mal Evans would be my pick. One of the most iconic roadies of all time. 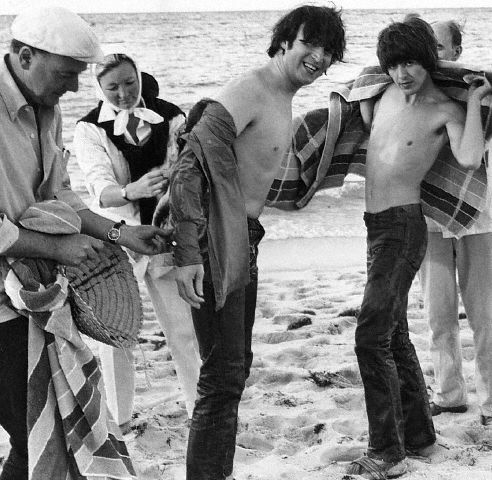 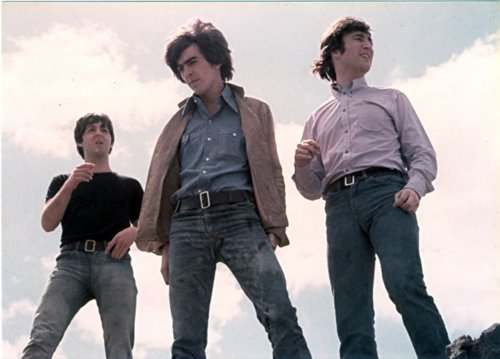 Monkberry Moon Delight
On the run with the band
Paris Olympia
Members
Forum Posts: 348
Member Since:
7 May 2017

Disc 2 would be my pick. In my opinion, the Fab Four's singles got better over time, and they showed more variety compared to the first half. Singles like "We Can Work It Out " b/w "Day Tripper and "Paperback Writer " b/w "Rain " are just a small part of their later discography. That's not to say that Side One is worse, but Side Two is better because it showcases more variety and each Beatle's showmanship more effectively.

I have no idea where Long Tall Sally /I Call Your Name was released as a single, so I'll have to choose The Ballad Of John And Yoko /Old Brown Shoe even though it's probably my least favourite UK single coupling.

Tony Japanese said
I have no idea where Long Tall Sally /I Call Your Name was released as a single, so I'll have to choose The Ballad Of John And Yoko /Old Brown Shoe even though it's probably my least favourite UK single coupling.

It was actually first released in Germany and Denmark in the year 1964, and then Japan in the year 1965 (according to discogs.com). Thought it was interesting since it wasn't a UK or US single.

I would have to go for Paul's Hofner "violin" bass guitar. This is simply out of pure bias, and that I aspire to be a rock and jazz bassist one day, though not as a professional career but rather as a hobby.

Battle of Singles (continued, for the third time): "Eleanor Rigby " b/w "Yellow Submarine " or "Hello, Goodbye " b/w "I Am The Walrus "

Both singles have the silly/serious matchups, but only one has a John/Paul pairing; which makes it the more desirable.

Out of pure bias, I will have to pick the blue side of the spectrum

Favorite 'Single that would've been an A-Side if it was any other band' Category: "Rain " or "This Boy "

ooooooohhhhhhh that's tough but I have to go with Rain . The backwards guitar and the bass and that vocal are just too good.

Singles: Day Tripper /We Can Work It Out or Paperback Writer /Rain ?

Day Tripper /We Can Work It Out

I will have to go for "Hey Jude ". Both songs are Paul at his most kind and moving, and both are staples in both Paul and the Beatles discography. However, I prefer "Hey Jude " because I think it works better than "Let It Be " in a live performance. That and the 'na-na-na' sequence is just too catchy, albeit my only complain is that keeping it at 3.5 minutes long is a tad bit too long for me.

Monkberry Moon Delight
On the run with the band
Paris Olympia
Members
Forum Posts: 348
Member Since:
7 May 2017

The first one. Completely okay to honestly criticise his own song, but the quote about Paul seems a bit unfriendly to me.

Macca barking on Hey Bulldog or Ringo screaming about blisters on Helter Skelter ?

Barking 'Bulldog'. Ringo's yell is a perfect closer to 'Helter Skelter ' (the mono suffers due to the omission) but the barking makes 'Bulldog' so much more fun a listen than it would have been otherwise.

George taking 'Get Back' or John doing 'Roll Over Beethoven'?

I will have to go for Julian. Not many people have the claim to fame that Paul McCartney wrote a seven-minute chart topper about himself. I also feel quite sorry for him having to go through quite a bit of the situation having his parents ending in a bitter divorce. Sean's not too bad either, I especially like him posing in a similar fashion John did himself in the promotional picture for "Double Fantasy ". 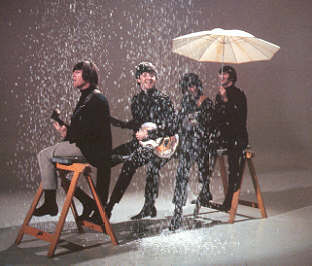 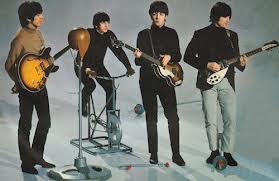 Am I missing something or has @CakeMaestor answered a completely different question? The one I can see above is this one:

George taking 'Get Back' or John doing 'Roll Over Beethoven'?