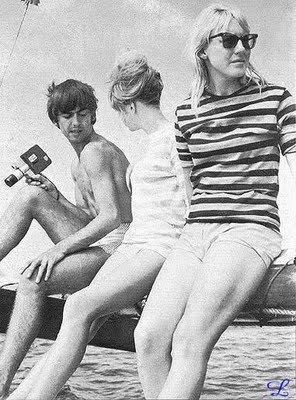 “Send John out first; he’s the one they want.”

~ someone said it, dammit.

A little bit from the article:

A lawsuit was filed Friday against a trucking company run by Paul McCartney 's father-in-law. The lawsuit claims the company negligently hired and failed to properly train the driver of a tractor trailer involved in a crash Saturday that killed two women and injured eight others.

The tractor trailer Phillip was driving is owned by New England Motor Freight, the police report showed. That company is based in Elizabeth and run by Myron P. Shevell, according to its website. Shevell is also chairman of the New Jersey Motor Truck Association and vice chairman of the board of directors of New Jersey Transit.

For 38 years, Myron Shevell works his butt off turning a once troubled trucking company into a huge success. His daughter gets married and now his company is "Paul McCartney 's father-in-law's trucking company".

Ahhhhh, such is life.

I hope he loves his father-in-law (who is probably about the same age as Macca).

Baby, You Can Drive My Truck: Paul McCartney Rocks Freightliner Dinner at MCE

McCartney and his band performed the greatest hits of his five-decade career after the dinner. There were numerous trucking references throughout the evening by the former Beatle, such as when he changed the words to the Beatles' hit “Drive My Car ” to “Drive My Truck.”

Daimler Trucks North America President Martin Daum jokingly played a recording toward the end of dinner, suggesting that was his company’s attempt at saving money on the event's entertainment. He said last year’s spectacular dinner concert by the Eagles was a huge success that many didn’t think could be topped. Then, Daum stepped aside as a curtain opened to an area designed as a club. Once the attendees had filed into the “club,” the lights went down and out walked McCartney, who jammed for the next two hours.

One picture from the story.

I asked this question in the wrong thread, but was redirected by @Ahhh Girl

Did Linda ever meet up with her first husband ( Melville See Jr.) again after their divorce ?

John mentioned her in Skywriting by Word of Mouth, and I always wondered who she was. Now I know! Thanks much, @Ahhh Girl!

Is that a dress or did she just choose not wear pants. If that's a dress, it's the shortest dress I've ever seen, my shirts go down lower than that and it's doing a terrible job of covering her since you can clearly see her panties. If she just chose not to wear trousers and just put on a shirt, underwear, and shoes, I wonder why she did that. I guess so, it's just weird that there's no water to be seen, maybe she just got out or is about to go in.

^ Sunbathing most likely, although she'd have horrific tan-lines!

That's a shadow, not panties.

@Ahhh Girl why do you think she is not wearing panties or something similar to cover her lower body, I can't think of any sane person who would wear something that short and not have panties or swim trunks covering their private areas. If you're right though, it's a damn good thing that shadow is there.

It's the way those straight-hem swimsuits fit. It causes a shadow. I thought I'd show a picture of John and Yoko. 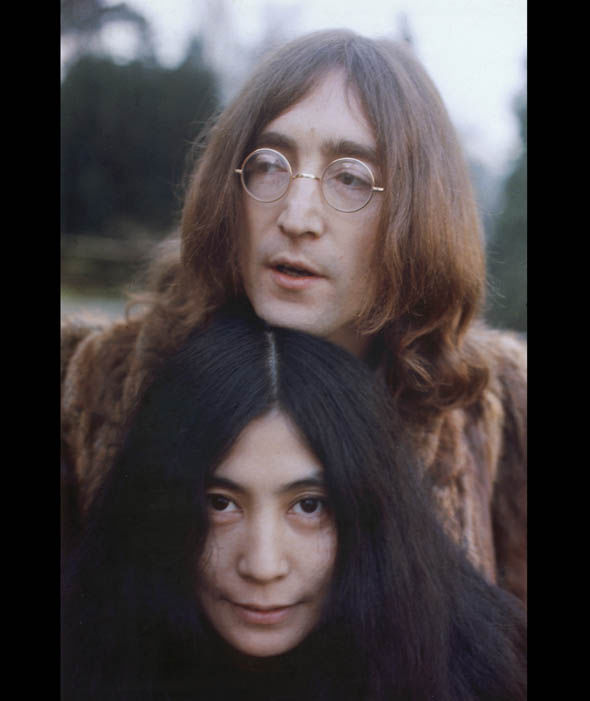 Some say that Yoko is unattractive compared to the other Beatles girlfriends, I personally think she looks better than Maureen who wears mascara like as if she's Alice Cooper and in the Something video, she looks like a member of Spinal Tap.

Yoko's dead gorgeous, I won't listen to anyone who says otherwise.

I've said this before but she has/had bloody gorgeous legs, I envy her!

Didn't realize people thought Yoko was this beautiful. If this were a beauty contest, I'd rate her 2nd to last, only being behind Maureen. Although I like her personality and moral values the most out of all of The Beatles girlfriends and wives, she's such a loving and caring person, just like John was back in the day.