That Means A Lot

Eleanor Rigby /Yellow Submarine was a #1 in the UK hence both songs being included. Strawberry Fields/Penny Lane only hit number 2 so you have to turn to the US.

Is it not something to do with sales and airplay which were (maybe still are as well) combined in the US for each song, so they half the sales because its a double a/side and then add in airplay. (I may have got that mixed up with the UK where they only half the sales of a double a-side which is why no number 1 for Strawberry Fields/Penny Lane even tho it sold more than Release Me.) Its certainly a mixture of sales and airplay. If you have a look at the US singles discography you’ll find a host of b-sides that hit the lower reaches of the Top 100.

Come Together /Something wasnt going to hit the top slot until their sales were combined when the system changed, thats why some people say Something was a token gesture for George to get royalties.

It just as daft for Please Please Me in the UK where it was number 1 in 3 of the 4 singles charts that existed at the time. Unfortunately the chart that became the standard (i forget what it was called) was the only one PPM was a number 2 so now its not offically recognised as a number 1 but it was and George Martin was right.

To be fair 1 lasts 78 minutes so if either Strawberry Fields or PPM were #1 then you’d be looking at a double cd and paying more. Its one of those things that seems too well worked out to be just coincidence, same as with Free As A Bird not being a number 1 as it would have so out of place on 1, and again pushed into a double cd.

To me, TMAL sound like something they would have given to another artist.  Perhaps The Monkees.

To me, TMAL sound like something they would have given to another artist.  Perhaps The Monkees.

Oh, and thanks to everyone who explained (or attempted to explain) the whole single thing with Penny Lane and Strawberry Fields.
‘Tis greatly appreciated.

It was an asinine system that is horribly complicated, but they treated double A-sides as two separate singles.

Going way off track ive never understood how With The Beatles entered the singles charts in the UK (it made the top 20). I get that it was down to sales so if it sold enough then it could enter but surely if they halved the sales of a double a-side they would divided the sales of the album by 14 to equate for each song? Did With The Beatles sell that many copies? Or was it because it was treated as 1 entity?

(You can see it listed at number 14 in this pic along with at least 1 ep but maybe 2. The pic is from 1st January 1964 (its a Top Of The Pops pic) so you can add I Want To Hold Your Hand and She Loves You ; so in the same chart the beatles had singles, eps and an LP. Quite something.) 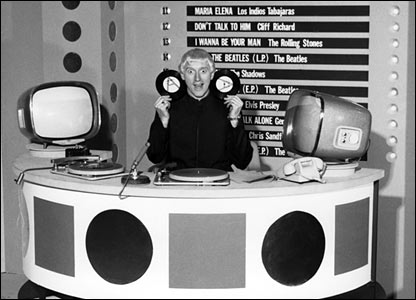 OK what now? “With The Beatles ” made the singles chart??

Simply put, it’s sales divided by 14. With The Beatles sold over a million copies, so at least 75000 copies were included in the singles chart calculation. Based on British Population at the time, that makes sense.

It makes NO sense to me! A million apples does not equal 75000 oranges, or ANY oranges.

Oh, it makes zero sense to me either – I’m just explaining it.

According to wiki “[WTB] had advance orders of a half million and sold another half million by September 1965, making it the second album to sell a million copies in the United Kingdom…”.

Obviously the maths work out so why get puzzled by it.

Getting back to the original question asked in this thread — I don’t think “That Means A Lot ” is a bad song.   True, the lyrics are pretty weak, but the overall sound of the track is interesting, actually, especially the end.   The drum pattern is quite similar to “World Without Love” which Paul gave to Peter & Gordon.

I definitely wouldn’t put “That Means A Lot ” anywhere near as good as “Ticket To Ride ” or most of the other tracks on HELP!   But at least the first version from that “Sessions” clip on here sounds releasable to my ears (with perhaps a little polish).   I think it’s probably as good as “Tell Me What You See “.

(However, I’m REALLY glad “If You Got Trouble” stayed in the vaults until ANTHOLOGY — yikes!!)

IMDeWalrus said, “The drum pattern is quite similar to “World Without Love” which Paul gave to Peter & Gordon.”

Yessss. Interesting that two of us should make the same connection (see my Aug 28 post).

I can’t see it replacing Ticket To Ride , but I think it could of fit on Help ! in between I’ve Just Seen A Face and Yesterday .

I’ve heard 2 versions on my Deluxe album. The fake stereo version, which I think is the one on the Anthologies, is better than the actual stereo version.

Into the Sky with Diamonds said
IMDeWalrus said, “The drum pattern is quite similar to “World Without Love” which Paul gave to Peter & Gordon.”

Yessss. Interesting that two of us should make the same connection (see my Aug 28 post).

Actually I hadn’t gone back to page one of this thread when I made this post last night — but I see we’re on the same track about this song…. I just remember the first time I heard it on ANTHOLOGY saying to my wife that it sounded to me like a better version of “World Without Love” (although, like you, I thought the echo-chamber effect kinda spoiled it).  I hadn’t realized Peter & Gordon scored a #1 with the latter — to be honest, I never thought “World Without Love” was all that good a song — I think “That Means A Lot ” has a better feel — maybe just because of those great Beatle harmonies.

I like A World Without Love, probably my fave song that they gave away – would love to hear Pauls demo (a fake is doing the rounds). Johns demo of Bad To Me is better than Billy J Kramers, theres a charm about it thats missing in the cover.

I’ve always loved I’ll Be On My Way. Why that was given away is beyond me. It’s such a good song.

On the topic of That Means A Lot – if’s not as bad as I made it out to be. I guess it’s my crazy obsession with lyrics being at least half decent for a song to be good – and we can all agree these lyrics are crap.

I’ve always loved I’ll Be On My Way. Why that was given away is beyond me. It’s such a good song.

The only version I’ve ever heard of this song is on the Live At The BBC album… and it is a very good sounding song… those Lennon/McCartney harmonies are as appealing as ever…. I imagine they passed on recording it for official release because they were embarrassed by the “Junelight/moonlight” rhyme, which is pretty sickly.   But I like it… it reminds me of some of George’s early work, where the sound of the song is much better than the lyrics.

Of all the songs the group gave away, I think they could’ve acceptably recorded about 5 or 6 of them for themselves: “Like Dreamers Do ” (but only if it was on Please Please Me ), “Bad to Me,” “World Without Love,” “It’s for You,” “That Means a Lot” (they were almost there, IMO), and “Sour Milk Sea.”

Was listening to the dry stereo mix of this yesterday (not the reverb laden mess thats on ‘Anthology’) and i heard piano. I’d never heard piano on this before. Maybe i’d just missed it as the song is not one i particularly care for.