Most difficult Beatles songs to sing

I will say this: when it comes to This Boy and Yes It Is , John’s vocal stands out a bit because he sings the basic melodies, so try getting his down and just singing that. George does some really weird harmonies though, going really low then suddenly jumping up to a high note… And actually, I used the same video alabamaa posted to realize how they go and just how complicated they are.

That’s how I eventually got Don’t Let Me Down right, by focusing on John’s low melody.  But even following it is hard because he when he gets that urgency in his voice (the last refrain, for example) he has so many high harmonics in his voice that it sometimes sounds like two different singers (Paul does this too sometimes).

Right now my voice can go fairly high, I can even manage falsetto occasionally. (High range>low for me) I usually sing quietly though, because I’m insecure and I’m home alone with no other sounds in the house. I have trouble holding long notes (like the ahhhhhhhhhhhhhhhhhhhhhh in Lucy in the Sky…) when singing quietly, which makes it hard, but I can do it pretty well when I sing loudly. I have to sing really loudly to try the forced vocals, but it generally sounds pretty weird when I try it too.

There are a couple sets of vocal lessons on youtube that look pretty good.  Breathing is very important.  You take a big belly breath all the way up to your shoulders.  This is not to be able to sing louder, but longer between breaths.  To sing louder and with good timbre, you need to apply some force to your vocal chords.  But this isn’t the same as lots of air.  In fact, one of the exercises is taking a breath, letting out a quiet “hiss” for 45 seconds!  The simple explanation is that you control your diaphragm so that you’re pushing it up to provide the force for volume, but at the same time aren’t letting it relax and let all your air out (if that makes sense).  With various exercises, you can increase your range, improve your falsetto, and make the transition between them more transparent.

I have been trying to learn to sing harmony for 35 years.  I just can’t hear it!  I thought I had the harmony for Two of Us worked out, only to find it was Paul’s melody (which, like many darkish harmonies (“we’re goin’ HOME”), sounds like they’re both harmony parts).  My son who sang choir and barbershop quartet said he just learned his harmony parts on his own, then sang them without really paying attention to how they blended with the other parts.  But in the spirit of the Beatles, I want to just be able to join in anytime!

I had a pretty good voice at 16.  Then I smoked for 28 years 🙁  Thankfully that ended 6 years ago, and my voice is starting to get back to decent (but, it’s not a 16 yo voice anymore

I had a pretty good voice at 16.  Then I smoked for 28 years 🙁  Thankfully that ended 6 years ago, and my voice is starting to get back to decent (but, it’s not a 16 yo voice anymore

Best of all, drink water in every moment, pequeños tragos( I don’t know how its writed in english, sorry)

I smoke too, 20 cigarretes per day  for 24 years and I feel I have almost same voice. I think it genetic, but drink water its essential

It comes naturally to me and I don’t personally find any of the Beatles songs hard to sing……….

………It’s just the people around me find it hard to listen!!

I belong to a Beatles singalong group that got together tonight for the first time in a few months. We don’t really have problems singing most of the songs, but quite a few are difficult to harmonize. We attempted “Yes It Is ,” which I knew would be a disaster, but I was surprised to find that we still had a hard time connecting the harmonies on “Baby in Black.”

Nevertheless, we have fun signing no matter what. As one member put it, “this is feeding my soul.”

What a lovely way to get to know the songs………. Good for you lad!

when I started reading this post I was listening to Oh! Darling and (since I’m home alone) attempted to sing it, and sing it loud! I just had to laugh at how ridiculous I sounded!

I also agree that in Happiness Is A Warm Gun that high part near the end is definitely hard. Also when I still had my Beatles Rock Band game, I could never get low enough to do the part in Dear Prudence where they sing “look around ’round ’round ’round ’round…”, I haven’t tried it in a while, so it could have just been my younger voice that couldn’t go that low.

The following people thank Molly Jones for this post:

“Anyway, there is one thing I have learned and that is not to dress uncomfortably, in styles which hurt: winklepicker shoes that cripple your feet and tight pants that squash your balls. Indian clothes are better.” - George Harrison

Because is tough and Within You Without You is also tough

On rock band, I can’t pass The End and I don’t do well with Norwegian Wood

Atlas said
It comes naturally to me and I don’t personally find any of the Beatles songs hard to sing……….

………It’s just the people around me find it hard to listen!!

Maybe it looked like I was talking to vanity, but it’s true, and either sing well or sing badly, I have still the same voice as when I was younger, but really often and drink water in small sips is vey good to sing.

Hello @Gornton Tulog! I see you haven’t introduced yourself to the forum. If you wish to do so, click here.

On rock band, I can’t pass The End and I don’t do well with Norwegian Wood

Kind of depends which harmony of Because I’m singing along to. Have never tried to sing along to Within You Without You , now I’m thinking about it.

I can’t really sing Norwegian Wood either. All is well until ”she once had me”. It’s too low. And when I try to sing it in a higher key, it just sounds ridiculous.

Helter Skelter definitely, or any throat could such as, Long Tall Sally or Oh darling.

The following people thank When Im 64 for this post:

As strange as it is, since I am female, I cannot sing pretty much any Beatles song with higher notes. My singing voice is so low that I usually end up singing songs like Good Night .

I also have trouble singing Ob-La-Di, Ob-La-Da . I have no idea why on that one. I just get the lyrics so mixed up.

I love hearing people sing – good, bad or otherwise. If someone is singing, they are happy. I dig happy. 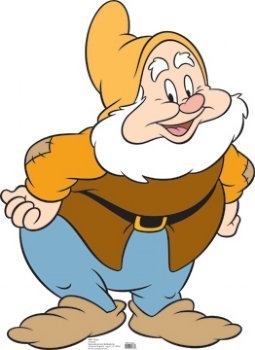 Tho i prefer Grumpy.

Last week, I had a killer cold which made me

Can You Take Me Back. Paul’s really good at the falsetto, but my voice is a semitone too short of the higher notes of it. I can sing all the notes, but the highest is a bit weak for my voice.

A lot of Beatles songs are actually pretty difficult to sing. Paul and John had really amazing vocal talent. Helter Skelter is definitely a fun song to sing though

Because . Those harmonies are ridiculous and the high end is tough to hit.