From his first album, written by Ringo.  One of my top 10 faves.  I like the line “I wish this song was yours instead of mine” — a poignant line, not a comical one, as you’ll see on listening. 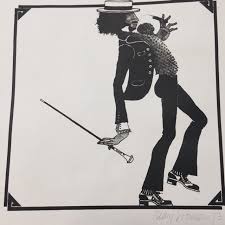 The following people thank Sea Belt for this post:

Now today I find, you have changed your mind

More on Ringo’s step lightly.
There’s a cool thing he does with his singing at the very end. It involves something that many pop and rock singers do not do, but which a few, including McCartney, do regularly. And that is if you’re repeating a line (either spaced far apart in the song or right one after the other), and it seems like it should be the same melody and rhythm each time (if only because they’re the exact same words), they actually vary the melody and the rhythm — if not the first time it’s repeated, then the 2nd and 3rd.
So the line that Ringo repeats is at the end:
“You gotta find yourself a love that’s gonna last”
He does it one way the first time (beginning at 2:27), the second time he varies it in both notes and rhythm, the third time he repeats the same variation of the second time in notes but subtly varies the rhythm, and the fourth time he soars up to high notes — then wisely, for the 5th and last time he repeats the fourth time exactly, which I think is a good move because the melody and rhythm of that fourth time is so perfect one shouldn’t tinker with it just for the sake of having variety. However again, when a song has a repeated line that’s supposed to be in the same melody & rhythm, I think my style of songwriter will always try to look for a way to vary it on subsequent interations.  But so many songwriters, I’d say the majority, when they think they’ve got a good melody in rhythm for a repeated line (and being repeated it takes on a special role in the song), they just don’t even think of the principle of “hey let’s try and modify this and see if we can have a slight variation here”.

The following people thank Sea Belt for this post:

Now today I find, you have changed your mind