Indeed but the truth is often twisty

I honestly love seriously finding Paul is dead clues.  Even though it’s not real, I enjoy finding clues and matching them up with actual Beatles history.

And then there is Chaos And Creation In The Back Yard … where Paul is buried.

Paul never died.  It was Bob Dylan instead.  Dylan’s infamous motorcycle crash occurred the same year that Paul “died”.  By means of plastic surgery and a lot of brainwashing, Paul McCartney became Bob Dylan.  This can obviously be observed from the cover of the 1967 album John Wesley Harding. As you can see, “Bob” is surrounded by three random people.  These people symbolize the three other Beatles, who are now just strangers to the man who was once called Paul.  If you turn it upside-down and look at what’s in the red circle, you will see the faces of the four Beatles.  This is a symbol of the ghosts of Paul’s former life.

Now you may be thinking “well, who’s the guy posing as Paul McCartney then?”  That man is simply a look-alike.  In reality, his name is Desmond Jones, and he was referenced in the song “Ob-La-Di Ob-La-Da”.  Desmond actually possesses zero musical talent- singing or otherwise.  The voice of “Paul” was provided by none other than Ringo Starr , who was renowned the world over for his spot-on impression of Paul.  The songs written by “Paul” were written by John and George with help from George Martin.  So as you can see, this theory is 100% true and has no holes whatsoever.

The song “New” is definitely about William Campbell not being able to be seen by the public eye while he was being transformed into Paul McCartney .

Did you notice how in Help ! when they’re all in disguise, each of the Beatles did look like one of their disguises later on in life except for Paul?

And how could he, it wasn’t him!

In Christmas Time Is Here Again and Queenie Eye , “O-U-T spells out.” This was what the other Beatles told press who visited Studio 2 in November 1966 as an excuse when they repeatedly asked where Paul was.

As you (or at least your mother) should know, Paul removed his pickguard from his Hofner bass sometime in 1966. However, this is an entirely different bass that The Beatles bought for Faul while Paul was berried with the original.

Too creepy for me

She’s Leaving Home is actually about William Shears Campbell. The Beatles changed his gender for the song so it would become less obvious he was singing about himself. The song accounts Billy Shears waking up on the day he was due to audition for the place of Paul. He was so excited, he got up and left for Abbey Road Studios at 5 o’clock in the morning, leaving only a note for his parents (who he was still living with!) They assumed he DID go missing until later that day, he returned with Paul’s MBE and Sgt Pepper uniform. The man from the motor trade was John, who gave Billy a lift to the studios the following week. The Melanie Coe story happened several months after… 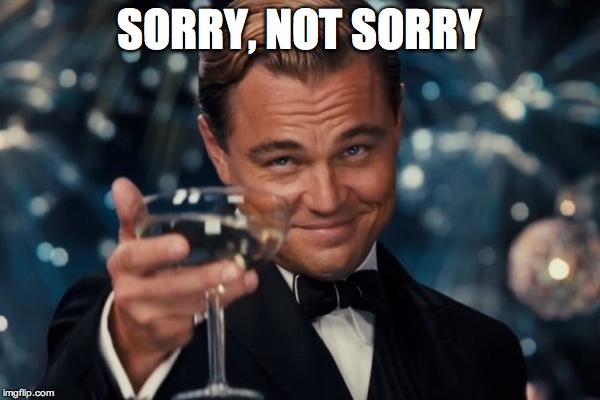 But Pete will always be Best.

Listen to these lyrics from the song Girl:

Was she told when she was young the pain would lead to pleasure, did she understand it when they said. That a man must break his back to earn his day of leisure, will she still believe it when he’s dead.

Maybe Jane Asher had a part in Paul’s death.

HMBeatlesfan said
Listen to these lyrics from the song Girl:

Was she told when she was young the pain would lead to pleasure, did she understand it when they said. That a man must break his back to earn his day of leisure, will she still believe it when he’s dead.

Maybe Jane Asher had a part in Paul’s death.

After John died, one of Faul’s first public comments was “It’s a drag, isn’t it?”. This little slip of the tongue nearly blew it for Faul.

You see, it was and is a drag for Faul because he has had to keep up the façade of playing Paul for all these years. Meanwhile, since The Beatles had split 10 years prior, John’s body double Mortimer Quincy Mapplethorpe got to keep his retainer without having to make a single public appearance.

10 pieces of evidence of Paul’s death:

1. The cover of “Back To The Egg ” depicts Paul floating in the sky, high above the earth he no longer inhabits. This is because he is dead.

2. Paul shared many vocals with John Lennon , who was tragically murdered many years ago. Since it’s impossible for a living person to sing with a non-living one, it goes without saying that Paul must be dead.

3. The title of the first Wings album, “Wild Life ” is a punning suggestion that Paul has “whiled away” his life…in other words, he dead.

4. Paul has not released any new music in many weeks. There could only be one reason for such a prolific artist to suddenly fall silent. Alas, the reason is that he is dead.

5. Considering the stellar assortment of talent that was assembled at that legendary musical festival, ever wonder why Paul didn’t play at Woodstock? Simple: Because he was dead.

6. In “I’ve Just Seen A Face “, Paul sings “Falling, yes I’m falling/And she keeps calling me back again”, chillingly evoking his descent into the grave as his lover laments his passing and tries futilely to will him back to life…which she cannot. He is dead.

7. If Paul is alive, let’s see you produce him right here, right now. You can’t, because he’s dead, dead, dead.

9. “Daytime Nighttime Suffering” is an anagram for “I’m dying, mate, trust in Feefigh”, Feefigh probably being the name of some pagan god worshiped by the ancient Irish. Or possibly the name of the doctor who delivered Paul’s fatal diagnosis, but definitely one of those two. Or maybe something else. Either way, we can’t be sure unless we ask Paul; and of course we can’t because he’s dead.

10. Surely Ahhh Girl would be married to Paul rather than Ohhh Boy, but for the fact that Paul is dead.