We were putting our Christmas tree up while listening to Christmas music on the radio. Knowing full well what day it was, I shed a tear when they played "Happy Xmas (War Is Over)".

That night, I sat down and played Plastic Ono Band and Imagine back to back. I am still amazed over how incredible those two albums are.

I've been listening to tons of solo John and Paul lately (I always have The Beatles in heavy rotation all year round), but especially in the last few weeks as we approached Dec. 8. The worst part, besides his senseless and needless death, is what could have been had he lived beyond 1980.

Zig said
We were putting our Christmas tree up while listening to Christmas music on the radio. Knowing full well what day it was, I shed a tear when they played "Happy Xmas (War Is Over)".

That night, I sat down and played Plastic Ono Band and Imagine back to back. I am still amazed over how incredible those two albums are.

I tend to not spend time on the 8th as its such a horrid date. Obviously the events come to mind but i wait for the 9th October to remember John in a fitting manner.

[Another year rolls around.]

John, you were a fucking genius. 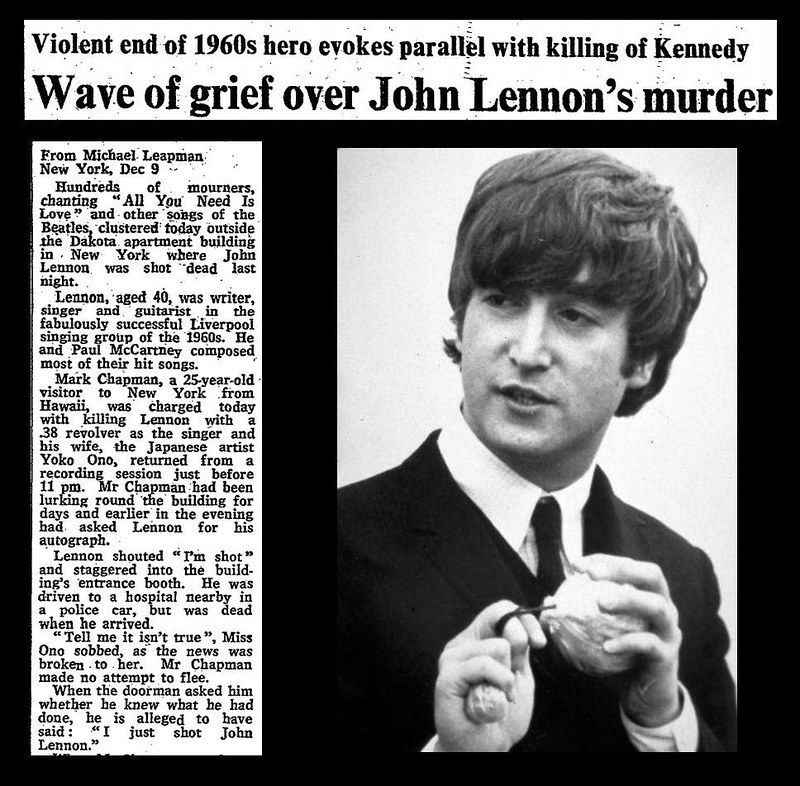 First, a bit of housekeeping. When I arrived at this thread earlier, mmm's post was in need of Moderation. Sorry for any inconvenience, sir, it is all set now. The post from Bradford_Timeline was moved by me a from a new thread B_T started. I just wanted to avoid having a separate discussion take place when only one is (though sadly) necessary. Thanks very much for posting the photo, B_T.

Rest in power, John. Thank you for sharing your gifts with the world.

To the one of the best musicians of all time, thank you. We'll always remember you. I'm listening to All You Need Is Love , Across The Universe , In My Life , A Day In The Life , and Because on an endless loop today.

Ugh, it's almost too much today.  I was reading stuff the other day and couldn't handle it. Forever in our Hearts.

Definitely a sad time; one of those 'I read the news today, oh boy' moments when I reflect how much precious life can get snatched away from people by the act of one loon.

It's okay to feel angry. And it's not okay to etherealize his cold blooded murder into some kind of cosmic event.  A piece of dog excrement on the bottom of the world's shoe shot and killed John before his time, and nothing will change that.

"No one can harm you

Feel your own pain."

I have not really heard anything big. Just little same stuff. I am learning You've Got To Hide Your Love Away on guitar in spirit of him.

The following people thank When Im 64 for this post:

Looking out my window at the Dakota.

A light snow is falling.

It is also snowing where I am at too.

Are you going to Strawberry Fields?

Remember me me to one who rests there.

He still is a hero if mine. (Apologies to Paul Simon.) I love you, John.

Last year they had a special thingie on my favourite radio channel, but this year they didn't even play a single John or Beatles song. It's a sad date and I didn't do anything. Btw, that picture of him with the balloon is a cool picture. Hadn't seen it before.

Thanks John, for bringing so much joy to the world with your songs. Rest in peace

Talking about John still influencing his own songwriting today:

And about John's assassin:

... despite his spirit of reconciliation, McCartney maintains there's one person he will never forgive: John Lennon 's murderer, Mark David Chapman. "I think I could pretty much forgive anyone else," he explains. "But I don't see why I'd want to forgive him. This is a guy who did something so crazy and terminal. Why should I bless him with forgiveness?"

*Two years pass* *Sleeping thread gets kicked in the bum*

When I woke up I tore off yesterday's calendar page and found I had written one word on today's:

The world is a sadder place without him, and it is one of the great mistakes of the universe that he was snatched from it before his time. If only he were Here Today .

But as he said himself, we don't die completely until the last person on earth who remembers us has also died, and as long as Beatlemaniakind have anything to do with it, John Winston Lennon shall never be forgotten. 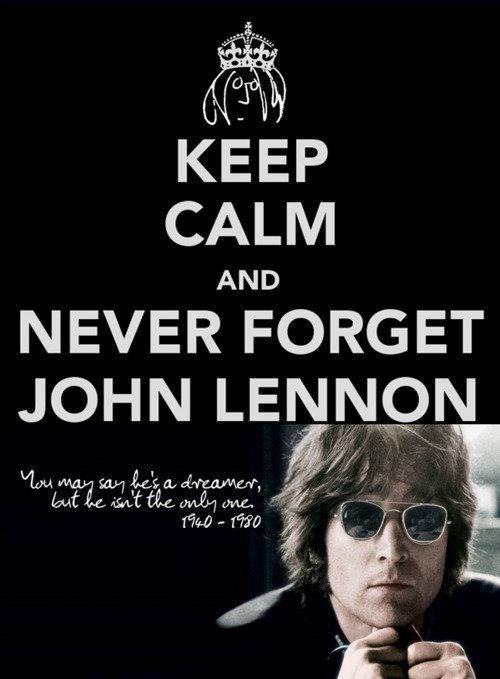