Listening to the John Lennon Anthology box set (cover is the same as ‘You Are Here’ posted by MMM on page 1). A lot of studio banter. Nice to hear John talking…

Happy Birthday to Sean as well.

parlance said
Also a happy anniversary to Paul, because you know that date was chosen as a nod to his dear friend.

Most definitely!  To honour them both today, I drew a heart beside each of them on my Beatles tattoo.

parlance said
Also a happy anniversary to Paul, because you know that date was chosen as a nod to his dear friend.

Most definitely!  To honour them both today, I drew a heart beside each of them on my Beatles tattoo.

That time of the year to raise a smile for John’s birthday. He would have been 74 today.

I wish he was here to enjoy himself.

Thank you for everything. 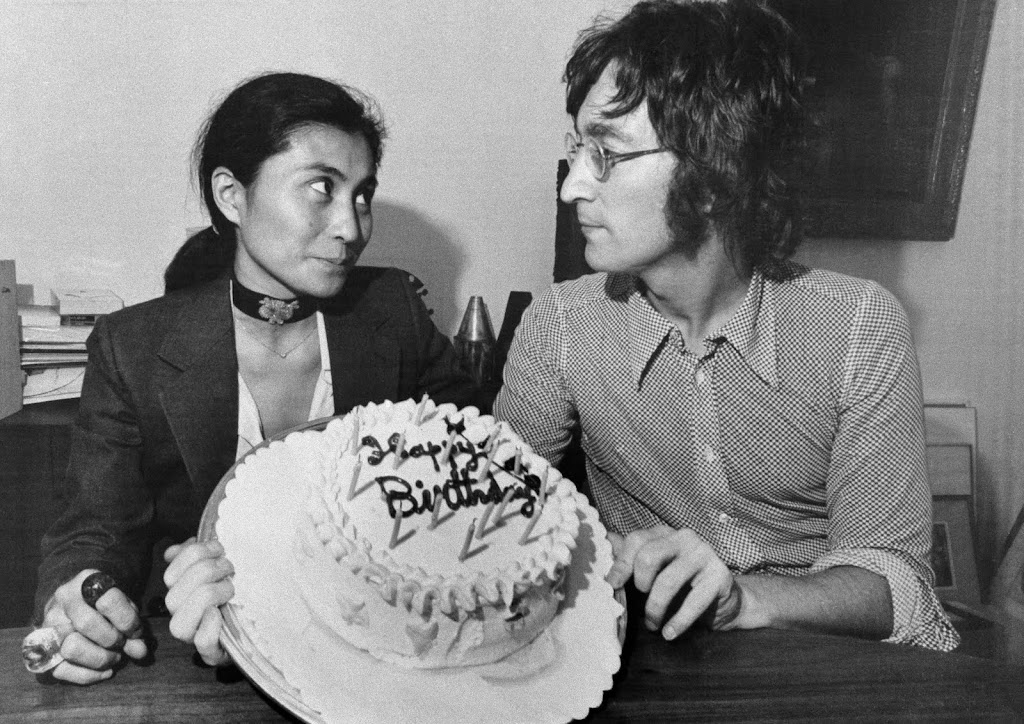 The happiest, and the saddest, day. Happy because this day gave us the most remarkable man. Sad because, and excusing my French, a fucking shit piece of refuse denied John the chance to celebrate his 74th birthday with us.

Wherever you are, Johnny! I raise a glass to someone who made me so much better than I might have been.

The moon is full for your birthday this year, John. Hope you are enjoying it where you are. It is quite beautiful out my bedroom window.

Still the eighth for me, (as I believe is true for AG and Anna too), but now I’m here.

Happy Birthday , Johnny boy! I’m not sure whether Yoko will be quite sad tomorrow or celebrate his life (I feel she’s more of the second type), but either way I hope she and all of his family can enjoy the memory of this great man.

I wonder how different the world would be now if John was still alive. He was one person, but his death was so horrible it affected the lives of so many. If it didn’t happen so many things on smaller levels would be different, who knows, with the way chains of events go, many of our Forumpudlians born after ’80 wouldn’t be here as their parents would have had that event in their life to have everything else continue from. (Does it sound like nonsense or do I make a little sense?)

On a larger scale what would be different? I don’t think we’d have world peace or anything, but do you think John would’ve had a lasting effect on politics? Would he have been less relevant politically because he was alive? Would he have come around and ever played with The Beatles again? Where would his life with Yoko go?

So many questions, but the main thing I want to say to John wherever he is is thank you for starting such an amazing band and spreading the love to all of us!

Ron Nasty said
Wherever you are, Johnny! I raise a glass to someone who made me so much better than I might have been.

It’s surprising the things that catch you off-guard.  I was clicking through my reference bookmarks to update my fb page when I saw an entry on one for today.  So I wrote a post for it and it’s scheduled to go up later.  I try not to be too sentimental about things on the page because it covers a lot of other ground.  Here it is:

Classic Rock Albums
October 9, 2014 at 2:35pm
?#?classicrock? birthdays! Today is 9 October. People say a momentous event in music occurred on this day back in 1940, in some place called Liverpool. Not sure what the big deal is but I’m sure there are some people who miss him (me). So… Happy Birthday . You would be 74 today. Even though you are not with us physically, you will always be with us in our hearts.

We miss you, but you continue to live on in your music. “You were the one that they said was so weird, all those years ago.”

Happy Birthday John!!! Thanks for all that you did. We miss you very much. Happy Birthday John! You’re not with us but you will be remembered forever. I wish you were here today.

"Time you enjoy wasting, was not wasted.” - John Lennon.

John did NOT want to choose between staying with Julia and Freddie, he wanted the two there with him.

John did NOT want to go to New Zealand or to the home of Mimi, John wanted his house.

When he met Paul, a doubt arose. But he said YES, would sure give a partnership with him.

When Julia dies hit, almost John says no, but Paul asked him to stay, saying YES to Rock.

Thanks to Paul, John says YES to George

Soon after, say YES to Brian

Then say YES to Ringo, the Beatlemania, the touring, fame, success, to India, to fatigue, stress, insecurity …

It is. Say YES it has its consequences.

The YES Paul was no longer so cool.

On a beautiful day, John is drawn to a work of art: a ladder.

He climbs it and sees a sign hanging from the ceiling YES writing.

It was a different YES.

A daring and challenging YES

This YES was Yoko.

And with this YES, John changes things

YES says the other band

Say YES to Martin and Ringo

Although a bit resentful, says YES to George

But something was missing …

Why not have both “YESs”?

And is not he tried? And is not that he succeeded?
Yes, he can say YES to Paul and Yoko, a single YES. Mixed maturity and boldness, longing and friendship.

And in the last minutes of his life, a police officer does not believe in his state, and asks, “you know it’s John Lennon ?”
And you know what he replied? Yes.

It was as if to say to us all: “I said YES enough, it’s up to you saying now! You do not understand? Fight for peace, for love, for life … I already gave my message, now is your time to continue with it! “

And I think the fact that a good way to get close to him, is trying to tell a bit of your SIM. After all, even if the sky that we look upon fell and rolled, and mountains collapsing into the sea, I’m sure he would smile seeing people trying to do good!

Happy Birthday John! We love you!!! 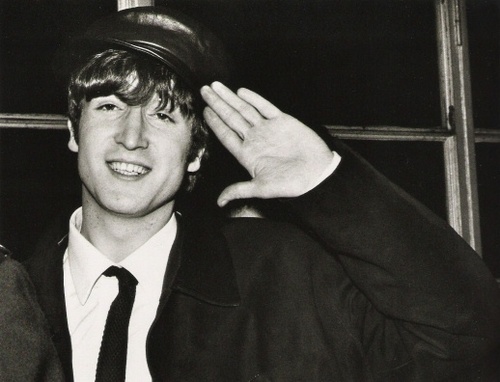 But most of all in you.
Thinking of you John, on the day of your birth. God bless Alfred and Julia .