Thanks @The John, you know George would have loved that tribute.  That bit was so cheesy, but George looked really happy doing it, which does the heart good.

It’s the 30th already but whatever. 13 years already, a long time. Rest in peace George.

One of my favourite people ever. So kind and warm, not to mention generous. Bitingly funny and honest, but he knew not to cross the line of hurting someone’s feelings.

I like to think of him as being present and spiritually very much alive in this world. You can feel him when you listen to his music.

Also, he had AMAZING hair throughout his life. Always goes up in my books for that.

because I was thinking the same thing about George’s hair as I was watching that, but I thought the occasion was too solemn to mention it.  Hell, if George can do a goofy pirate sketch, why can’t we compliment him on something as trivial as his hair?

The way I’m thinking about it, hair is not a trivial part of the Beatles legacy. He and his mates got bashed for their hair so often that I’m sure he appreciates your compliments as a welcome relief.

I was going to post this in another thread, but I can’t remember where, and since the derailed subject here is hair…

Some time after the Sullivan appearance, my parents threw a Beatles party in the basement of my house in Ft. Wayne, Indiana (that’s one of the States).  They were hip back in the day.  It was really just another excuse to mix up a huge vat of martinis, but everybody had to dress up like the Beatles to participate.  By then, Woolworth’s, a five and dime store (God , that will date you) was selling Beatles’ wigs, so the tonsorial part was covered.

The guests only had to come up with boots and rip off their lapels, or something.  I don’t know if they did that for real, since I wasn’t invited, being too young for martinis.  Still, it gives you an idea of the way the Lads fired the imagination of the world’s population, in even the most obscure spots.

My Sweet George. I didn’t have much time to think about him, since there’s too much going on in here. but I remember his last words.. Love one another.

mithveaen said
My Sweet George. I didn’t have much time to think about him, since there’s too much going on in here. but I remember his last words.. Love one another.

He always had his priorities in place and knew what was really important in life!

George, what can I say about him? When he died I was just four months old, and I’m not good expresing my feelings, but he was such a great man. He wrote the first and one of the few songs that makes me think, The Inner Light , it just has something special that other songs don’t have, especially the lines “Without going out of my door
I can know all things on earth”, for me, it’s like thinking about the Internet, we can know what happens around the Earth in the Internet, in front of a screen, without going out. For a person who is horrible at interpreting lyrics (or anything), like me, it’s like being the greatest philosopher.

And, while I write this, Here Comes The Sun is playing.

Examiner article on this year’s gathering at George’s star.

So it’s a bit late, but I came across this today and after checking the thread, didn’t see it anywhere. Can it really be fourteen years since you died? I’m still convinced the universe made a mistake and if I wish hard enough, you’ll only be hiding from the world on an island in the Bahamas or something. But we are so blessed to have had you for those fifty-eight-and-three-quarters short years.

I created this garden in the Beatles Bible House in remembrance of George. Thanks to JPM-Fangirl for letting me use her drawing.

I became a Beatles fan on this day six years ago, and I’ve always kind of thought of that as my rebirth so this is always a special day for me and sometimes I forget it’s also the anniversary of George’s death.

Death is actually a very important moment in one’s life, and I think it makes more sense to celebrate that than to celebrate birth. What does one have at birth? What have they accomplished? At death you are the epitome of your being. All of your past accomplishments and experiences are done and you are finally moving on past this mundane world. George may have died young, but he definitely made up for those years with how fast he was living. He definitely accomplished a lot during this time here, both spiritually and “materialistically.” He was a beautiful person and he seems to generally be remembered as such.

It’s times like these when you need an overused inspirational quote: We watched Ravi Shankar’s Music Festival From India. George is in it (for about two minutes).

No words are ever sufficient… And this is a day late, because yesterday was spent keeping myself to myself, as every year since 2001. The only thing that can be said, really, is eternal thanks to George for his music, wisdom, wit and kindness, and for so much more than can be put down in words.

"The world is a very serious and, at times, very sad place - but at other times it is all such a joke." - George Harrison

29 November is my sister-in-law’s birthday. Having fun with her is much better than mourning. I have to believe that George would prefer it as well. He pretty much did what he wanted to do when he wanted to do it. He knew how to have fun and did not suffer foolishness happily. In those ways, we are kindred spirits. 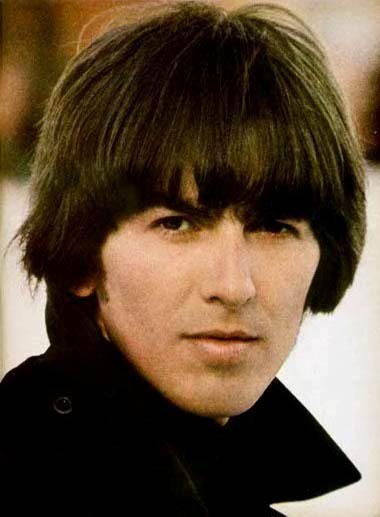 It’ll be 15 years tomorrow… Quite a difficult thing to grasp. Of course, he’ll forever be in the hearts of music fans all over the world…