Is this kitty's name spelled Corky or Korky? I always thought it was Corky, but Pattie spells it as "Korky" in her book.

It's most probably Korky as she had joint custody, but it has been Corky for so long in Beatles mythology that the Corky spelling is the more familiar. I do it myself. Does anybody know whose dog this is?

It's someone's dog (called Shep apparently, very original name) that George and Pattie met when they were on holidays in Wales in April 1969. 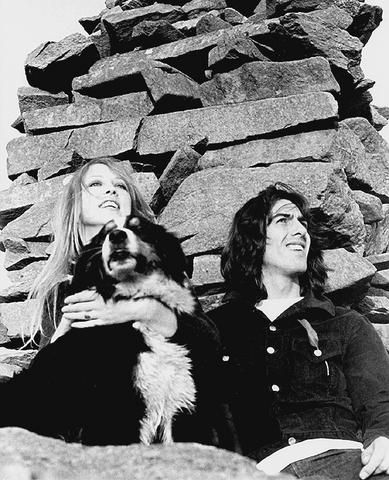 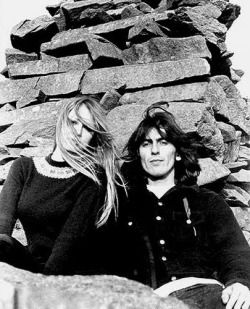 If someone can show me a photo of George wearing a ring, or conclusively prove that he did or didn't wear them ever, I will be grateful.

The Fiendish Harrifan's curiosity must be satisfied!

George did not wear a wedding ring, HOWEVER there is a great story behind the ring that he wore.

George bought a house for the Hare Krishnas called Bhaktivedanta Manor near Watford, England in 1972(it actually has a George tribute garden that was opened by Olivia, very sweet).

The founder of ISKCON (the Hare Krishnas), Srila Prabhupada, used to wear that ring and on his deathbed in 1977 he slid the ring off his finger and said that it must be given to George. So, that's how it came into George's possession and he wore it regularly. 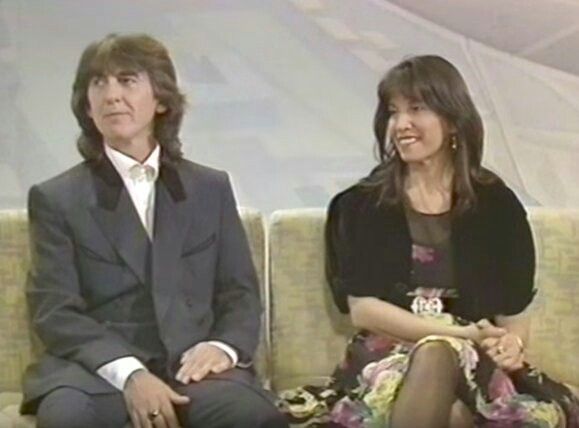 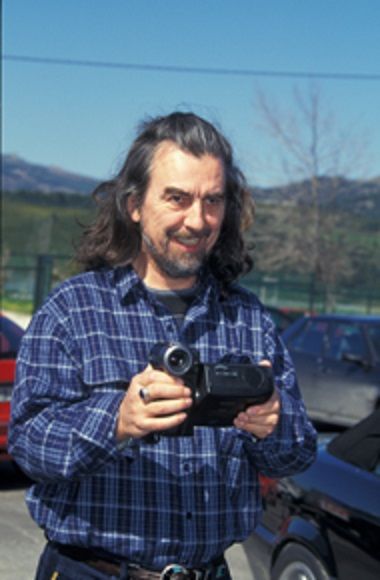 Well now that George is dead, guess who wears the ring now? 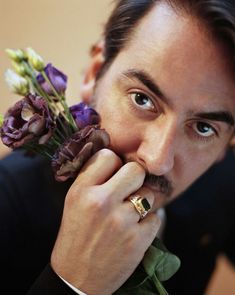 Ahhh that's lovely, thank you so much @AppleScruffJunior.

My vote for Most Avid Harrifan is secured by your post.

Anyway, sweet tale, and that's a gorgeous photo of Dhani too.

My vote would be secured too but it's been secured for months now... it's doubly-secured

Im guessing no one besides Ahhh Girl has ever won Most Avid Paulvert, and I don't think I could compete

I did vote for @Mademoiselle Kitty >^..^< one year, back when she was around a lot, because she was very knowledgable about Macca trivia and had a really good photo collection.

Who knows? You may have a shot.

Yeah, but you'll have to step up your 50 shades posts if you want a shot against the mighty Ahhh Girl...

I welcome someone to challenge me for that spot. The more Macca the better!!

Oh, I just realized I am posting in a George thread....so here you go... What is Paul doing in the George thread?!?

When was Dhani born?

Does anyone remember seeing some footage of George Harrison approx 1969? He was wearing double denim (possibly the same day of the Abbey Road photo shoot). He is walking across some grass, left to right, he turns and smiles. It's not from the video for 'Something ' and can't see it on Living in the Material World.

Is it b&w or colour footage? Might help us narrow it down a bit. Was it part of an interview or just one of those journalistic shots where somebody caught him walking somewhere?

Hi  - thanks for the reply! It was in colour and I can't remember where I saw it so not sure whether it was part of an interview or whether it was as part of the Beatles or as a solo artist.

The footage was on a TV programme or news item

Is it true that George had an affair with Madonna after meeting her on a film set? I read it earlier while looking on Google for pics of the Harri

It is rumoured, @Father McKenzie, but there is no way to know if the rumours are true.

Madonna and George met in 1985 during the pre-production period for Shanghai Surprise, which was made by his film company, Handmade Films. She and Penn were relative newlyweds but the marriage was already volatile, with lots of negative press because Penn hated the press attention being Mr Madonna got, and often lashed out - both verbally and physically (with more than one occasion when he attacked photographers).

The filming in Hong Kong and Macau was creating headlines to the extent that George had to fly out to try and settle things down, not wholly successfully. There are sources who suggest Madonna and George were very flirty at the time, and her brother has said there was a brief affair.

Back in London, with the press still hammering the couple, and Penn having an altercation with photographers when they flew in to finish filming, a press conference was held in another attempt to settle the press. Penn didn't attend, while George was very protective of Madonna, blaming the press for much of the insanity surrounding the film (a transcript of which can be read here).

George was certainly more hands-on with Shanghai Surprise than most other Handmade Films productions. Maybe he was just trying to keep the film he'd invested in afloat, or possibly there was more to it.

There was a recent podcast on the subject of Handmade films from SATB. I can't remember for sure but I think they did explain the reason for George's involvement with Shanghai Surprise. http://somethingaboutthebeatle.....ade-films/

The other reason I came to this thread is that I heard three of George's songs for the first time today. Perhaps they are well known to many fans but I've never really listened much to all of George's solo albums. So the songs were The Art Of Dying (demo version), Hear Me Lord (is that the correct title?) and Beautiful Girl. I thought all these songs were amazing. Was Art of Dying written in the Beatle mid sixties period?