Home
On a desert island, what single picture would you take with you? | Fab Forum

On a desert island, what single picture would you take with you?

I'd want a great picture of all 4 Beatles performing in concert, not just Paul and John or Paul and George sharing a mic.

Can't think of any such picture.

Plan B, I'd take the cover of Beatles VI (trivia question: what are they all holding?). They exude joy. 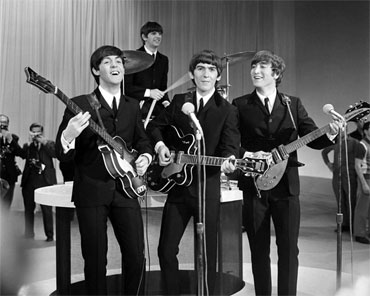 As for mine, I'd take Zig's avatar.

Not bad, but looks somewhat staged. Not enough sweat or emotion for my taste.

There are some terrific pictures of Paul and John at the mic - but you don't see the rest of the band.... "Into the Sky with Diamonds" said:

I'd want a great picture of all 4 Beatles performing in concert, not just Paul and John or Paul and George sharing a mic.

Can't think of any such picture.

Plan B, I'd take the cover of Beatles VI (trivia question: what are they all holding?). They exude joy

My first guess was umbrellas, but then I realized that was Beatles '65... my poor confused mind can't keep the American albums straight.

Anyways, the umbrella pic has been a favorite of mine for awhile (first picture I had a physical copy of) and it was only recently that I found out it was on this cover. I had previously thought it had something to do with 'Rain '.

But now I'm just getting off topic, so here's the picture: I don't know if this is mighty great or anything...

Step on the gas and wipe that tear away. 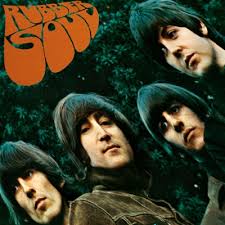 My favourite beatle pic ever ever ever. They always looked cool but for me here they look sooo amazing, so darn confident, like they knew the album was great, they were good, and that no one could touch them. This is my desktop background. I think they all look great here, George and Paul in particular.

All good pictures! I stared at Beatles '65 for hours. (The hair curling up on John's Revolver picture always looked feminine to me. Don't know why it always bothered me. Otherwise, great picture)

Do you think any of them capture the essence of the Beatles? i.e. can you show any of them to someone who doesn't know the Beatles and say, "this picture tells it all"? I guess, once again, it's a question of personal taste.

Until I find the right concert picture, I think this one's pretty good. There's a teamwork and good humor that really shines forth.

Ooo this is tough! (Especially since I lost most of my collection.

But as for a picture that just makes me happy, I'll go with this:

I hope I'm not starving on this island. 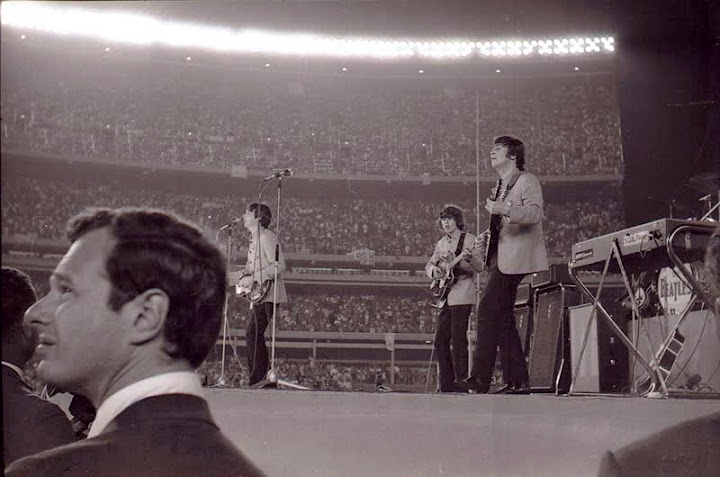 that pic of Ringo is a win!!! Fantastic!!

I have that picture in my locker

As for my picture, I have a lot of great ones on my computer but i lost the websites to most.  Either this or this: but this could work too, even though it's only John I would take a picture of instructions on how to build a boat.

This picture makes me smile.  George's smile is infectious.

i dont have an answer for this question, but since pictures are the topic, does who know who did this picture? if the answer is common knowledge please don't bite my head off, guys!...lol

Can you take me back where I came from?

[He's also the one who took the picture of McCartney in a NASA spacesuit -  the picture behind the concept of combining the Beatles and the Race to the Moon in "Into the Sky with Diamonds." It's a cool picture.You can see it on the home page of http://www.intotheskywithdiamonds.com.

Let me know what you think.

P.S. There are actually two Richard Avedon pictures of Macca in a NASA spacesuit. For copyright reasons, the book has one picture and the web site the other. I think the one on the web site is better.