Please add any pics of The Beatles (group or individual) from 1961 that you may come across. Good-sized and good-quality ones

preferred. I'll add them to the picture gallery section of the site.

If you're not sure which year a picture is from, please add it to the miscellaneous/unidentified thread. 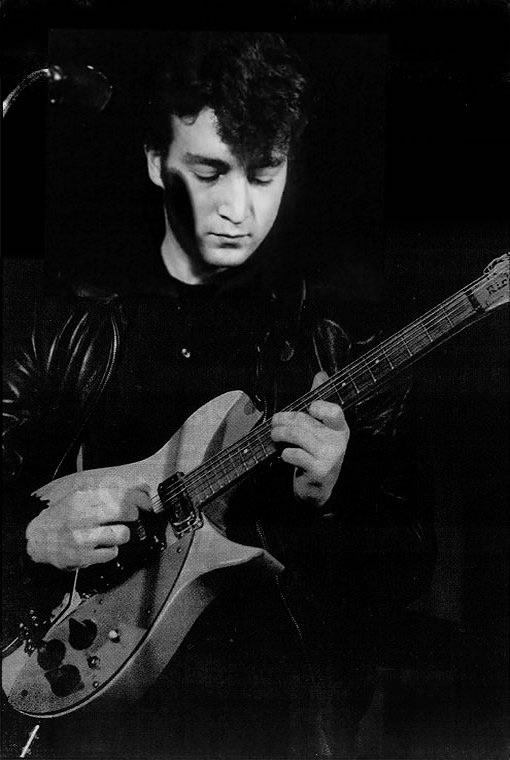 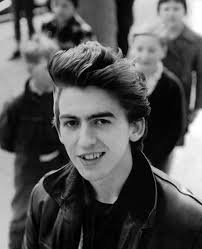 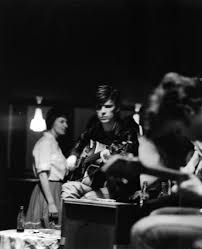 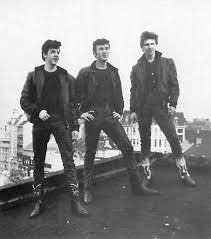 All of these pictures were taken in Hamburg 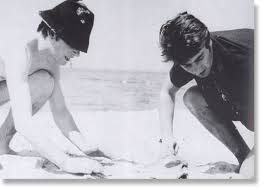 How did I forget to include my profile picture? This was taken at a beach near the Baltic Sea in Hamburg around July of 1961.

This has to be ’61 because, IIRC, McCartney didn’t purchase his Hofner until ’61.  But now this begs my question; did they perform sets with 2 bass players?

“Dot Rhone, Paul McCartney and Stuart Sutcliffe (with glasses) on a boat in Hamburg.  Probably taken in spring 1961 when Dot and Cynthia Powell were on holiday visiting their boyfriends. I assume one of the other Beatles, Astrid or Cyn took this picture because all three are looking at the camera.”

"White Album - My joint-fave Beatles album along with Revolver. They show the two sides of Beatles. Revolver's very controlled - even though it's also very innovative. The White Album's playful and almost ramshackle. It's like a scrapbook kept by a genius. Fantastic stuff."

The author of this website states this photo was taken in 1961, so I’m putting it here.  There’s just something peculiar (or just odd) about this photograph (other than McCartney’s appearance), in that my first inclination was to think it’s been altered.  Lennon looks … odd. I think its the position of his head, like its been photo-shopped on.

Daily Mail article on the photo of which an excerpt reads

The year is 1961, on the cusp of Beatlemania, the year before they landed their record deal and scored their first chart hit with Love Me Do .

Lennon, in leather jacket and polo neck is 21 and the man who would go on to be his co-writer in some of the most famous songs in pop history is just 18.

The previously unseen photo was taken outside a Liverpool outfitter’s shop at a time when the Beatles were playing gigs in pubs and clubs…and probably one of the last times they were able to walk the streets without being mobbed by screaming fans.

The picture is believed to have been taken by a fan shortly after Lennon’s school friend Stuart Sutcliffe left the band.

Hang on, the ages of John and Paul dont work out.

Great catch@meanmistermustard. I thought the age difference looked a bit suspicious. That writer needs to hire a BB fact checker!

EDIT: I guess I didn’t get a space between my @ and my meanmistermustard. My phone turned it into an email address. If I click on the link it tries to send an email. I’m curious. Did you get a notification for this post, mmm?

The quote is from the page where I saw the photo:

The Beatles a year and a half before they were famous played for only 18 people in a small club called Aldershot in 1961.

Thanks for the post @C.R.A., not seen those before.

John was one good looking guy.

I like the way Paul cocks his head when he is singing, even in 1961.  You would recognize that affectation from a mile away, even if his face was obscured.  Great pictures, @C.R.A..

Posted over at Bootlegzone, dated as 5th August 1961 and from ‘Tune In’. The first known picture of Ringo with another Beatle.

meanmistermustard said
Thanks for the post @C.R.A., not seen those before.

John was one good looking guy.

Sorry to derail, but a question just popped in my mind. Isn’t it weird that the more John searched for the meaning in his life, the more physically unhealthy he became? I wish he had stayed the same throughout the 70s. Looks quite a classical English literary hero here.

Especially when you agonize, which absolutely manifests in physical effect.

meanmistermustard said
Posted over at Bootlegzone, dated as 5th August 1961 and from ‘Tune In’. The first known picture of Ringo with another Beatle.

Is it just me or did Ringo look older before he was a Beatle?

I can see what you mean AD40. I smell a conspiracy.