Home
What are you reading these days? | Page 53 | Fab Forum

Register
HomeFab ForumAll together nowWhat are you reading these days?

What are you reading these days?

Some of the stuff in this book makes my skin crawl. Even as a kid,the guy was deranged.

Truths, Half Truths and Little White Lies by Nick Frost.

Recently got a new job which involves on average, an hour's commute, sometimes 90 minutes, so I've been listening to Audible books,  I've learned  it's important to check out the narrator, listen to a sample and make sure it's the unabridged version. Recent choices were Joseph Heller's Catch 22, D H Lawrence's The Rainbow, High Rise by J G Ballard. Special mention for Ken Kesey's One Flew Over the Cukoo's Nest, in particular, because it was also narrated by the author and wonderful to listen to as a result.

As for proper books, currently reading Never A Dull Moment  - 1971 The Year That Rock Exploded  by David Hepworth. If you're into all things 60s and 70s, so far really enjoyable. I've always intended to read The Boy Looked at Johnny  about the 70s Punk Scene by Julie Burchill and Tony Parsons, like Hepworth, music critics back in the day, but I am put off by the reviews; which say it's a bit of a bitch fest. Maybe will get round to it, eventually. 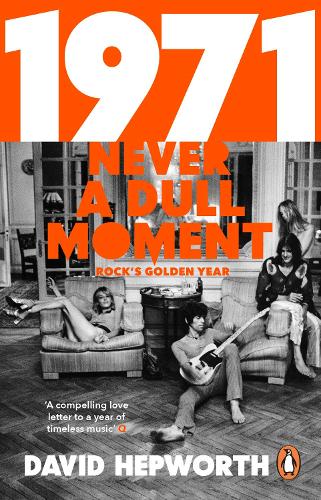 Will follow it up with his other one I think.

Tomorrow  belongs to those who can hear it coming.

Nerd Do Well  by Simon Pegg.

I have been on a biography kick as of late.

My mum bet me I couldn’t read the Vedas (Hindu texts) so I’m off to go do that...

@TheWalrusWasBrian Let us know how it goes!

TheWalrusWasBrian said
My mum bet me I couldn’t read the Vedas (Hindu texts) so I’m off to go do that...

I won €20 in primary school before because I read the Bible (should have asked for more to be honest because it is a slog).

There are some brilliant stories in it that you never hear in mass such as 2 Kings 2:23-25

It is better to live in the desert than with a nagging, irritable wife.

And, some downright disturbing passages, Ezekiel 23:20

There she lusted after her lovers, whose genitals were like those of donkeys and whose emission was like that of horses.

Oh my, I'd like that to be read out at 9am on a Sunday morning

I love the Bible.

The Beatles - The Biography by Bob Spitz

A friend gave it to me as a birthday present. It's quite confused about the chronology of events (as I understand them, with my modest Beatles knowledge) and presumes far too much, but I find the narrative style rather entertaining.

I have a couple of books on the go, I like to have something fiction and something nonfiction to read depending on my mood. First up is Philip Norman’s biography of Paul which I’m really enjoying. I’ve  read some other Paul and Beatles books but they’ve mostly just covered the period up to the end of The Beatles so it’s been interesting reading about the Wings period as I didn’t know much about that.

The fiction book I’m reading is The Winter King by Bernard Cornwell. I’ve been watching The Last Kingdom on tv so read the first 9 of his Saxon Stories earlier this year. I’m saving the 10th until later in the year before book 11 is released so in the meantime I’ve started his Warlord Chronicles (The Winter King is the first in this series).

Beatlebug said
The Beatles - The Biography by Bob Spitz

A friend gave it to me as a birthday present. It's quite confused about the chronology of events (as I understand them, with my modest Beatles knowledge) and presumes far too much, but I find the narrative style rather entertaining.

AND, most importantly of all, it's rekindled my Beatles love (I've been inspired to listen to Please Please Me and I might do some drawing when I get my exams out of the way).

I am currently reading the Red Dwarf novel for Backwards by Rob Grant.

I am in Germany for 9 months starting in October so I'm trying to read all of my English-language books on my shelves that I have not read yet. Over the past 2 years I've decreased it from 150ish to around 60. So, I'm trying to plough through them and then bring some of the non-English ones to Germany with me as they'd take me longer to read than a sole English book.

In saying that I'm currently reading 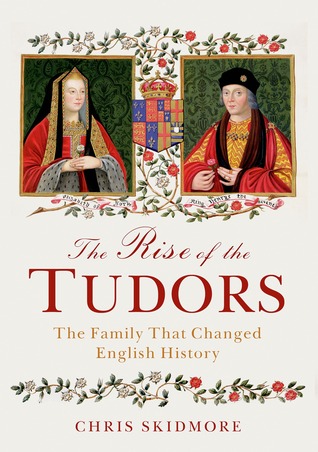 I'm a big British history buff purely thanks to Horrible Histories which sparked my interest as a 7 year old (seriously if you have any kids, nieces, nephews get them a few of those books, they're fantastic). My primary interests are Tudor and Victorian England (I am learning more on the Stuarts and Georgians though so I'm bridging my 200 year gap).

As I've gotten older I've obviously read more books on the subjects and watched countless amounts of BBC4 documentaries hosted by Helen Castor. I'm quite interested in the role of women and how the citizens of countries over the centuries have treated women who have held power.

I'm about 40 pages into the above book it's quite chunky and it deals with Henry VI, and Henry VII and the War of the Roses.

Someone really needs to do a 15-season show on The Tudors, starting with the War of the Roses, going through Henry VIII and the many wives, Lady Jane Grey, Bloody Mary, and ending with Elizabeth I- it was so bloody dramatic, that you wouldn't even need to alter it to create more TV-drama. Even a 6-part series on Lady Jane Grey and her 9-day reign would be absolutely fascinating.

Just finished this one: Unfair: The New Science of Criminal Injustice by Adam Benforado (2015) Buster Keaton: Tempest in a Flat Hat by Edward McPherson (2005) I finished the Skeptoid book, I'm two chapters and less than fifty pages out from finishing the Buster Keaton book, and I started on this: 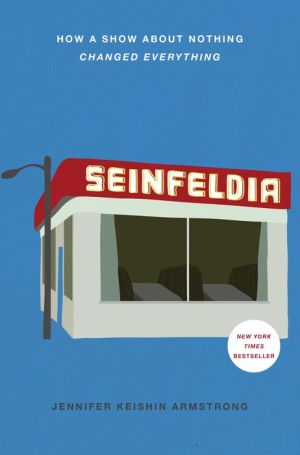 Seinfeldia: How a Show About Nothing Changed Everything by Jennifer Keishin Armstrong (2016)

Started and finished this one recently.

*I'm also concurrently listening to two albums which were somewhat based on it: Diamond Dogs (David Bowie) and The Resistance (Muse)